As a collective, we are making a difference by bridging business and potential. We are dedicated to closing the gender parity gaps for women in business. As a team, we hope you will join us to make a change together. Connect with us! 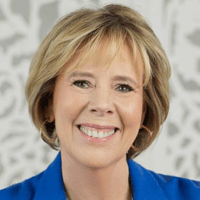 After a successful career as a top executive in the financial industry, Gail Letts founded Letts Consult in 2019, fueled by her passion to support the growth and advancement of women in business and to bridge the gap for women in business. She established the foundation of Letts Consult with a focus on helping businesses create and implement strategies and programs that attract, retain and develop women for leadership roles to drive improved workplace performance and profitability.

The majority of Gail’s career has been in banking. She was the Virginia Market President for First Tennessee Bank, Richmond Regional President & Chief Lending Officer for C&F Bank and President & CEO of SunTrust Bank’s Central Virginia Region. During her extensive tenure at SunTrust, she held positions in Human Resources, Employee Relations, Training and Retail Banking, where she was responsible for SunTrust’s branch network of more than 1,400 offices. Her success in these roles paved her path to being selected as one of the first female Presidents within SunTrust’s vast market and first female President in Virginia. Gail currently serves on the Community Bankers Trust Corporation (ESXB) Board of Directors.

Gail has built a reputation for attracting, developing and retaining top talent and creating high-performance teams. She has taken the lead role in numerous projects as Executive Strategist and has been on implementation teams for over 20 mergers and acquisitions. Gail has analyzed the financial performance for hundreds of clients, advising them on financing, cash flow, process and profitability improvement as well as developed numerous strategies for them to grow market share and revenues. Gail delivers numerous programs and workshops on leadership, motivation and culture change.

With a passion for motivating and empowering others, Gail conducts speeches on varying leadership topics across the country at conferences, corporate events, symposiums and more. She applies real-life experiences and interactive engagements to make for a highly sought-after and valuable event. Gail has been a keynote speaker at myriad conferences and has had the honor of providing the VCU School of Business Commencement Address. She developed and implemented SunTrust’s “Women’s Initiative” for the D.C. market which became a best practice in the industry and helped create First Tennessee Bank’s “Women & Wealth” Program.

Accolades (but are not limited to): 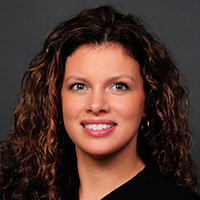 Kate Meechan is the Chief Operations Officer of LETTS CONSULT - which she joined in its infancy in 2019 because of her commitment to bridge the gap and break barriers for women in business. After 10 years in a leadership role as the CEO of a distinguished nonprofit, Kate pivoted her career journey back to the business world. Her immersion into the highest levels of community leadership gave her a close-up view of the gender disparity issues in business and in government. She joined LETTS CONSULT ready to help build a company that would not only address these issues but actually CHANGE them.

Kate most recently has provided consulting services and fractional C-Suite services to a number of distinguished businesses. Her knowledge depth in strategy, business development, project management and organizational management make her an ideal fit for the COO role at LETTS CONSULT. Prior to serving as a nonprofit CEO, Kate worked in the logistics industry, financial industry and education sector.

Kate has her MBA from Old Dominion University and her BS from Boston University. She currently serves on a number of nonprofit boards in the Hampton Roads area, including the Entrepreneurial Business Academy at Kempsville High School. She has served on Senator Mark Warner’s Leadership Summit Cabinet, was a Presidential Leadership Scholar candidate, CIVIC Leadership Fellow, Top 40 Under 40 Honoree and has been recognized by Inside Leadership on “The List.” 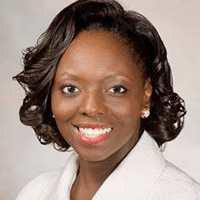 Adrienne Whitaker is the senior business development executive at SOAR365 in the Business Solutions division, which is responsible for producing over $11 million in revenue annually in contracts with companies, non-profits as well as local, state and federal government agencies including military base contracts to provide employment opportunities for men and women with disabilities. She served as the Vice President of Philanthropy & Marketing at Virginia Home for Boys and Girls; as Vice President of Institutional Advancement at Virginia State University; and as Senior Vice President of Sales & Marketing at SunTrust Bank.

Currently, Adrienne also serves on the advisory board of C&F Bank, and she was appointed by City Council to the Richmond Minority Business Enterprise & Emerging Small Business Advisory Board. She is the co-founder of the L2L Leadership Institute and co-chair of the annual LIVE2LEAD-Richmond Conference. She also serves as the national Vice President of the Urban Financial Services Coalition’s corporate advisory board and on the board of directors of Homeward and Virginia Repertory Theater. 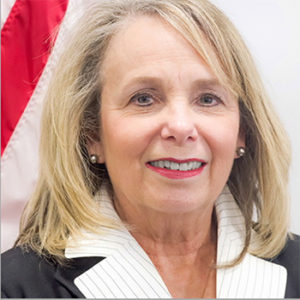 KAREN CONRAD
Strategic Advisor: Leadership And Talent Development
Karen has designed and delivered executive, leadership, and management development programs and facilitated organizational development interventions for both public, private, and non-profit organizations. Karen has over 25 years in banking and as an independent consultant to public, private sector, and non-profit organizations. Karen is a certified executive leadership coach.

As an executive coach, Karen has worked with leaders at all levels in organizations to assist them in seeing the possibilities of taking themselves and their work groups to new levels of performance. As a consultant, Karen has designed and delivered leadership development training programs to all divisions in organizations focused on self-leadership, leading others, leading teams, sales management and coaching, sales training, customer relationship building and service, and achieving organizational goals. She has completed organizational development interventions with teams to improve trust, communications and results. Karen’s experience provides her with the knowledge and skills to provide leadership development, coaching and organizational development grounded in reality and enabling clients to reach new possibilities.

Karen has a B.S. in Psychology, a M.S. in Adult Education, and a graduate certificate in Leadership Coaching. 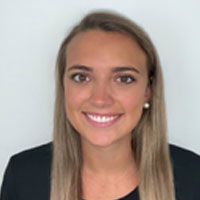 Abby Nichols joined the LETTS CONSULT team in 2019 as an intern. Abby is from Richmond, VA where she graduated from St. Catherine’s School in 2017. She is currently a senior at the University of Richmond and is studying Philosophy, Politics, Economics, and Law (PPEL).

Abby is a member of the National Society of Leadership and Success and is an English Second Language Tutor in UR’s Linking Through Language and Technology program. Before joining the LETTS CONSULT team, she interned for a firm which provided consulting services for a multi-national pharmaceutical and life sciences company on multiple projects involving Supply Chain Logistics, Cold-Chain Logistics, Ultrasonic Testing, and Reverse Logistics.

Abby loves working with the LETTS CONSULT team in their commitment to the growth and advancement of women in business, and is excited to support their mission to bridge the gap and break down barriers for women. 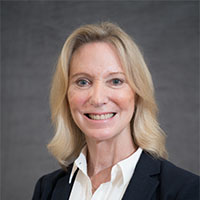 Nancy Bagranoff
Professor of Accounting and University Professor, University of Richmond
Nancy Bagranoff is Professor of Accounting and University Professor at the University of Richmond. She was Dean of the Robins School from 2010 until 2019. Prior to her current appointment she served as Professor of Accounting and Dean of the College of Business and Public Administration at Old Dominion University. Dr. Bagranoff has taught at several universities and has extensive volunteer academic and professional service experience.
She has been President of the American Accounting Association, Chair of the Greater Richmond Chamber of Commerce, a member of the Board of Directors of the AICPA and Chair of the Economics Club of Hampton Roads. She has been on the Board of Directors of the Association to Advance Collegiate Schools of Business (AACSB) and is currently a member of the Richmond Board of TowneBank. For AACSB, she is co-chairing a Task Force to reimagine business school accreditation. She is a CPA and has worked for General Electric and as a Faculty in Residence at Arthur Andersen.

Linda Nash
CEO
Linda is the CEO of Linda Nash Ventures and WellcomeMD. Linda started WellcomeMD in 2016 with an office in Chicago and has since added growing and successful locations in Richmond, Virginia in 2017 and Charlotte, North Carolina in 2019. Linda helps start-ups, family-run companies, serial entrepreneurs, and a variety of other companies plan and grow to the next level, achieve sales and revenue goals, and exit profitably. She has a strong background in healthcare management, family medicine, practice management, and strategic planning. Linda has successfully started and exited three companies in service industries. 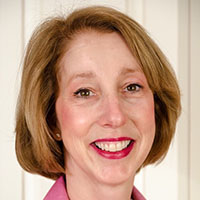 Meg Hendrick Downs
Consultant, Strategic Planning & Business Development
Meg provides strategic planning and business development to small businesses and non-profits. Her career has covered many different settings offering a common theme – strength through relationships and a clear vision for success. Meg has worked in higher education medical outreach at the University of North Carolina, non-profit support and development, and, most recently, for her own consulting firm. Using a wide array of relationship building expertise, Meg assists her clients in reaching their full potential.
Meg serves on several boards, including SOAR365, formerly the Greater Richmond ARC, where she chaired the capital campaign for the non-profit’s Park365, a universally accessible facility that is open to all. Through her commitment and experience, Meg elevates and focuses any organization of which she is a part. Meg earned her bachelor’s degree from Virginia Commonwealth University. 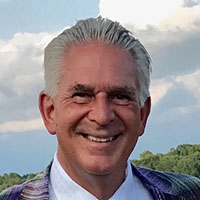 With over 20 years of marketing experience in health care, retail, financial services, hospitality/development and the automotive industries, Ken loves measurable results, connecting talented professionals, building the right teams to meet my clients’ desired outcomes and having fun along the way.

Through the relaunch of Free Agents Marketing, we help businesses elevate their brand relevance and find the most effective and efficient path to their desired destination. We connect businesses with the right resources and manage those resources, as well as manage staffing challenges by assembling teams of talented Free Agents to meet their needs. By placing the right players in the right positions, we help our clients build championship teams. Ken’s expertise includes Strategic Direction, Community Connections and Talent Identification and Assembly. 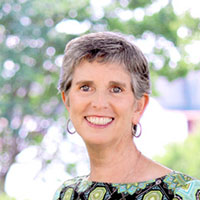 Nancy Thomas is the CEO/President of Retail Merchants Association (RMA). Prior to her current role, Nancy was involved in retail for 27 years with This End Up Furniture, as owner of Arcade on Grove and a partner with Turn Key Interiors.

Nancy holds a degree in Business Administration from Virginia Commonwealth University. She serves on several boards including Cross Over Healthcare Ministry, Richmond Region Tourism, Bon Secours Health System Foundation, Henrico Police Foundation, The 100 Club, and the Governing Board of the Greater Richmond Convention Center Authority. Nancy is extensively involved in the community including delivering Meals on Wheels and serving as a Eucharistic minister. Nancy and husband Jeff live in the Richmond area and have 2 grown children.

Get in touch to find out more about our services and programs and to schedule Gail for a speaking engagement.